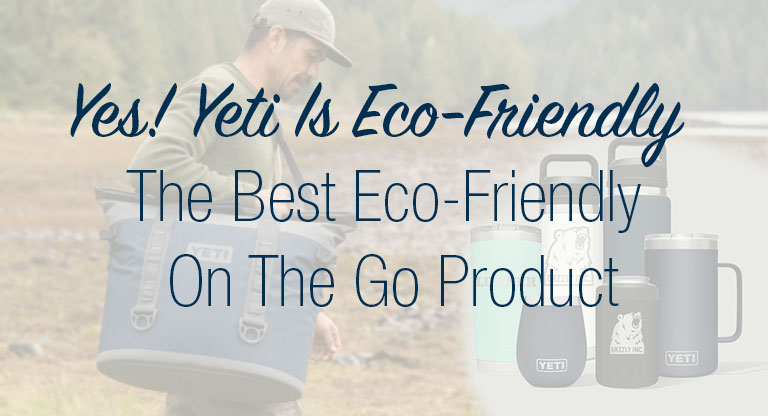 In search of a great travel mug, we came across Yeti. Popular amongst hikers, boaters, and day drinkers, we thought we would put this company to the test and find out for ourselves if Yeti is Eco-Friendly. ***Spoiler*** the answer is in the title. Although Yeti may not fall under the usual specifications for being eco-friendly, we found that after much research, we would consider this a solid product and overall it leaves a positive impact on the environment.

What is so Special About Yeti?

Yetis are built using roto-molding shell construction, so they’re incredibly strong as they have no seams to crack, split or leak air over time. These hard-sided coolers are remarkably durable. The handles are formed around a corrosion-proof rod of aluminum, so the hinge stops can’t be broken as they’re extended, and they resist over-extension.

If you buy ice for the Yeti, it stays icy. If you put frozen food in there, it stays frozen. 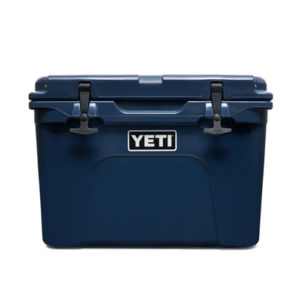 Yes, on several levels. If you’ve ever been camping and had to leave a great campsite to spend time, gas, and tire tread to traipse back to town so you can buy more ice because your cooler turned into a sink, you know that buying more ice is a pain. With a Yeti cooler, the ice will last much longer than in a gap-space insulated cooler.

Even better, Yeti coolers can tolerate the application of dry ice, or frozen carbon dioxide. In fact, a properly packed Yeti loaded with both dry and regular offers significant extension time; the water-based ice stays icy until the dry ice is gone, then melts at the regular Yeti rate.

Food waste is one of the great shames of the developed world. If you travel with any egg-based foods, you know how tempting it can be to toss that small, nearly full mayo jar when you unload the car because you can’t be sure of it. With a Yeti, you can be sure of the mayo and everything else in the cooler.

It’s true that Yetis aren’t cheap, either at the cash register or in the manufacturing. If you’re tired of buying disposable junk that falls apart as soon as you really need it, stop buying cheap coolers. That air gap really doesn’t do much to protect your cold foods from the elements. Imagine the peace of mind of making this once and done purchase.

Travel can be crazy expensive. Worse, you can stop at every convenience store on the planet on your way to that destination to buy food you don’t really need packaged in plastic that won’t break down for years. Load up your Yeti with refillable water bottles, sandwiches, healthy snacks, and other edibles that are actually nutritious. Skip the soda and the ludicrously overpriced bottled water.

Now you just have to be sure you don’t lend it to the wrong person. Your Yeti will be coveted by those who see it. 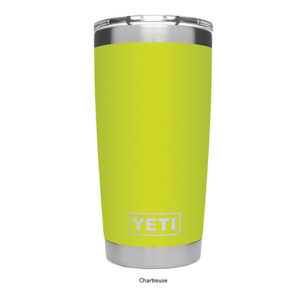 There’s nothing wrong with the occasional drive-thru caffeinated extravaganza, but you can also protect your budget with a set of Eco-friendly Travel Mugs. Again, they’re an investment. However, once you own it, your need for a $6 cup of coffee will fade, so it can pay for itself pretty quickly.

If you prefer cold water, pick up at least two Eco-friendly Travel Mugs. The best housekeeper in the world won’t be able to keep the scent of coffee out of some portion of your Yeti drink container. Coffee is an oil-based beverage, and oils are sticky. Treat yourself to a dedicated coffee mug as a way to spread peace and harmony throughout the world, and put everything else in the cold mug. Your loved ones will appreciate your decision, even if they can’t tell you directly. 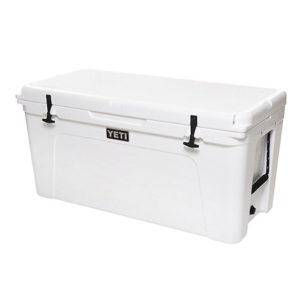 Most of the Yeti coolers on the market are at least assembled in the United States, though some parts come from elsewhere. Some coolers, notably the Hopper, are manufactured in China. The Rambler drinkware is also built in China.

This is not to say that the quality control department for Yeti products isn’t busy in the United States. It should be noted, again, that a lot of assemblies happen here, specifically in Iowa and Wisconsin. Shoppers who want products that are only made in the United States will likely struggle to find a solely US-based product. It’s the nature of manufacturing that raw goods come from areas with lower skills and fewer environmental regulations.

That being said, Yeti enjoys a great deal of loyalty from their employees. What is so Special About Yeti as an employer? They want smart folks to bring great ideas to the table to improve their business practices. At no point will you be told to keep your ideas to yourself. As a Yeti employee, you’re better off making a suggestion that doesn’t work than not saying anything at all.

Producing Tools for Those who Love the Outdoors 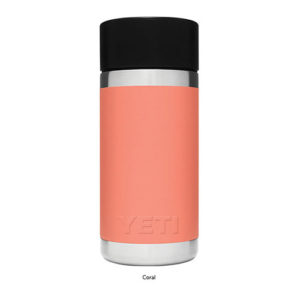 Are Yeti Coolers Environmentally Friendly? Since you don’t have to replace them, yes. Since you don’t need to run and buy ice, yes. Because they make it easier for hikers, campers and other lovers of the great outdoors to go a little further and stay a little longer? Absolutely.

The natural world is considered to be dangerous by a lot of folks who’ve never been. If you’ve never camped before, three days of no shower and a soupy cooler full of spoiled foods will make the outdoors not only scary but downright unpleasant. Yeti hasn’t figured out the shower thing (yet) but this organization has done a lot of making it easier to immerse yourself in nature. Fresh food, carefully stored for days on end means that people can spend enough time in nature to start to heal their troubles, and that will do more to promote the preservation and protection of our natural world than anything else. 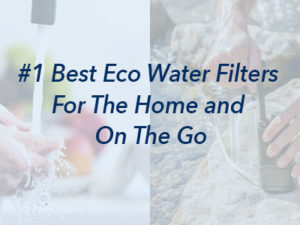 Ahhh water, the elixir of life. Every living thing on this planet needs water to survive, yet clean water is hard to come by. We can purchase water filters to purify our water from our home, but what if we are on a hike or a long trip? Relying on water bottles is not… 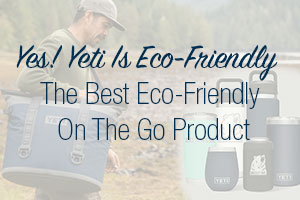 In search of a great travel mug, we came across Yeti. Popular amongst hikers, boaters, and day drinkers, we thought we would put this company to the test and find out for ourselves if Yeti is Eco-Friendly. ***Spoiler*** the answer is in the title. Although Yeti may not fall under the usual specifications for… 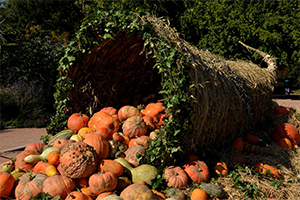 While we prefer food made from scratch using organic, local ingredients, we understand that not everyone is a culinary master, or has access to every ingredient they want at their Thanksgiving table at a farmer’s market. So, we at the Mindful Merchants, are bringing you a list to help create some of your favorite healthy…

100 Eco-Friendly Products for the Home 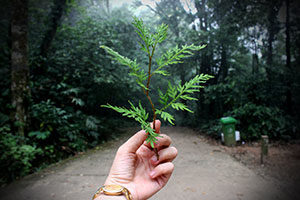 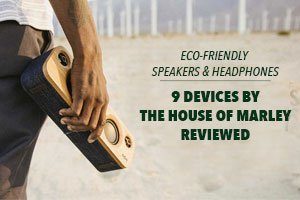 What is House of Marley? Looking for eco friendly speakers? We now the world is overrun by cheap plastic devices that break once they come out of the package a new star rises. House of Marley is the new trail blazer for wireless bluetooth speakers, headphones and even record players. All of House of Marley’s products…